The timing couldn’t be better: I launched my site, and the following day, I receive a package with miniatures. Hop, it’s time for a first unboxing!

The package was from On The Lamb Games, the company behind Brushfire and Endless: Fantasy Tactics (EFT). They ran a second kickstarter project based on EFT for their first expansion last year. Still having a lot of unpainted miniatures from their first KS, I only pledged for a single miniature, more of a symbolic support move than anything else.

The concept art for the Mandragora was among my favourites, but what really sold that model to me was the green. This is an excellent sculpt by Sean Bullough, the same sculptor who worked on another of my favourite miniatures, the Trollblood War Wagon for Hordes. 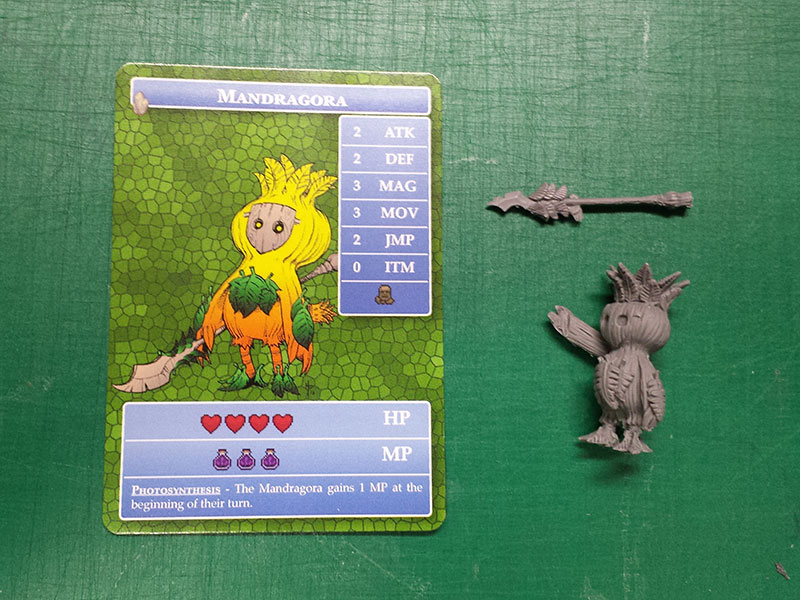 The two parts miniature is casted in resin,  and comes with its game profile card. 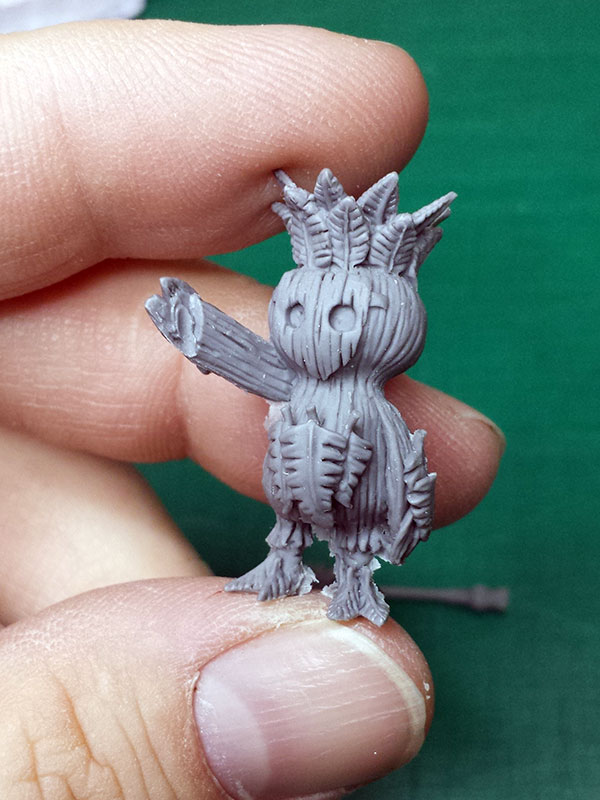 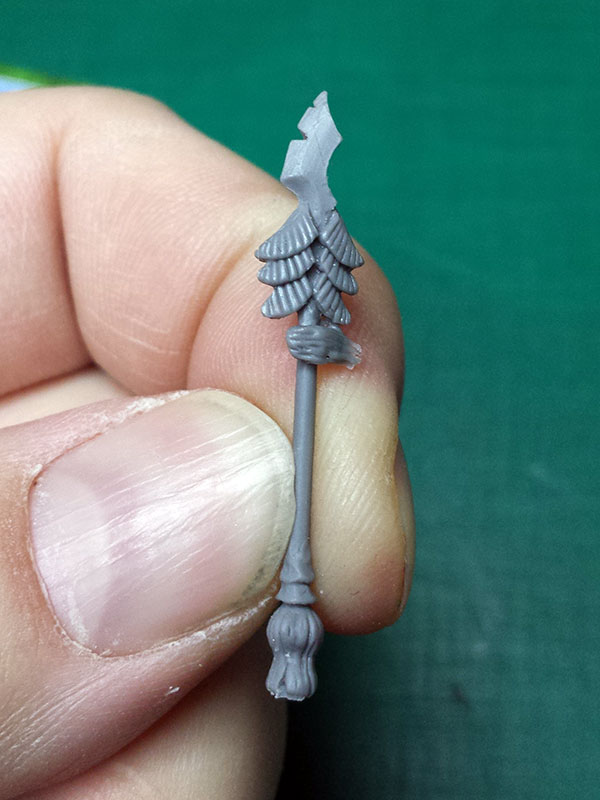 The casting is of a pretty good quality, with minimal flash. The details are sharp (thanks, resin!) and it’s obvious that the OTLG team got better at the production side of thing since the first KS.

I said I only picked one mini, and that’s true. However, with all the unlocked stretchgoals during the campaign, a bonus model was sent to all backers: Frayce Deepwell, the main protagonist of the campaign. 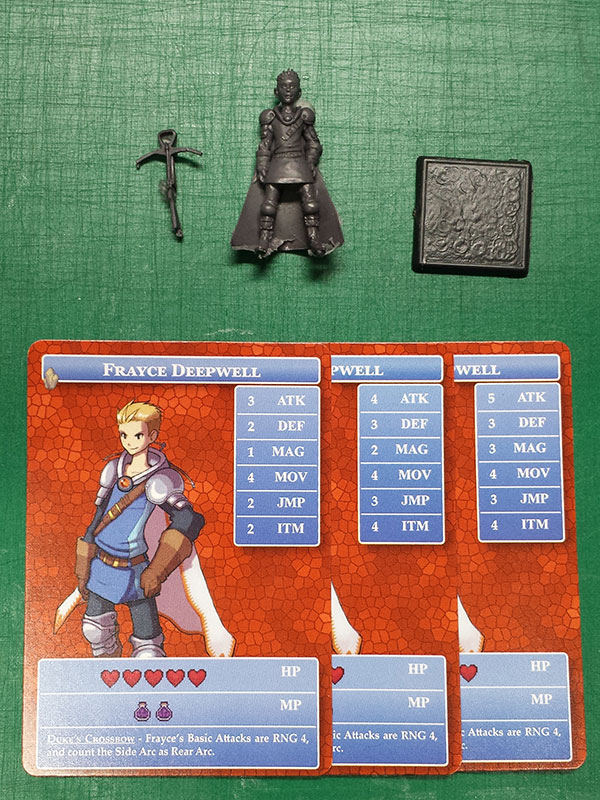 Like the Mandragora, this models was casted in two pieces, but comes with three cards instead of one. The three cards represent different power levels for the character as he progresses through the missions. 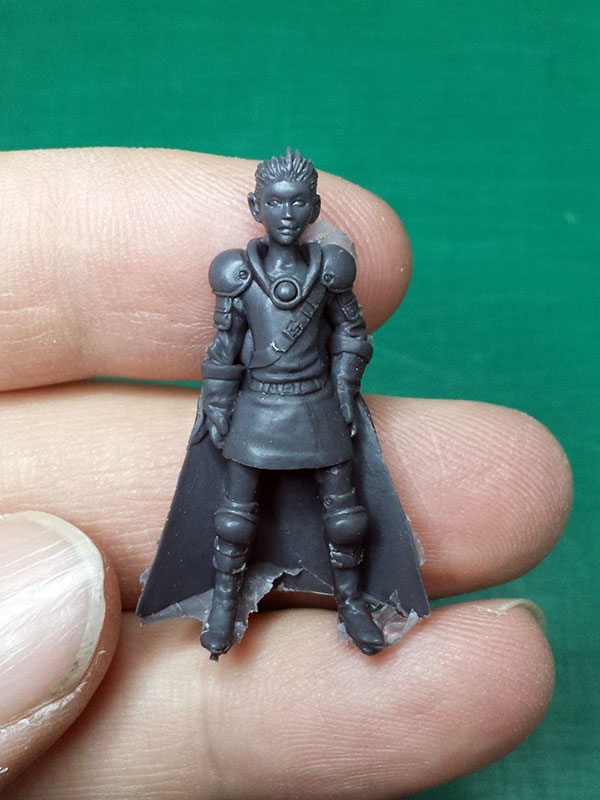 Frayce had a bit more flash than the Mandragora, but nothing really bad that made him any difficult to clean up.

Finally, a family shot with the two cleaned and assembled models.

I wouldn’t have said that after the first kickstarter, but I can recommend those miniatures without any second thought. The sculpting and casting quality are top notch, a lot better than their earlier models. I also applaud the addition of Sean Bullough to their sculptor stable, as he did fantastic work, not just on the Mandragora but on other models in the line, like the Deep Troll.

Those models were not in my painting queue, but the Mandragora will slide in toward the top now that I have my hands on it. You’ll see it again pretty soon!