Last year, I painted historical tanks for 3D Wargaming, a local 3d designer, to help promote his new line. This year, he launched a new Kickstarter project, but this time for warplanes, and I had once again the chance to paint some of his demo models.

I said planes, but it is really more of a mixe of different models that fly. Three planes, a giant rocket and a flying bomb. They have more rounded surfaces, which made them a bit harder to paint then the tanks, as the 3d layers are showing a bit more than on the flat panels of the threaded vehicles. I missed the heavy weathering that tanks required, compared to comparatively to the cleaner vehicles that planes are. Hopefully, I will have other wheeled/threaded vehicles to work on in the near future. END_OF_DOCUMENT_TOKEN_TO_BE_REPLACED

The Roots of Magic is a wizard duel fantasy skirmish miniature game, by Grand Arcanum Games. Now that all their eight factions have their main wizard available, they have decided to bring the game to Kickstarter to add a second type of model to every faction: the acolytes.

END_OF_DOCUMENT_TOKEN_TO_BE_REPLACED 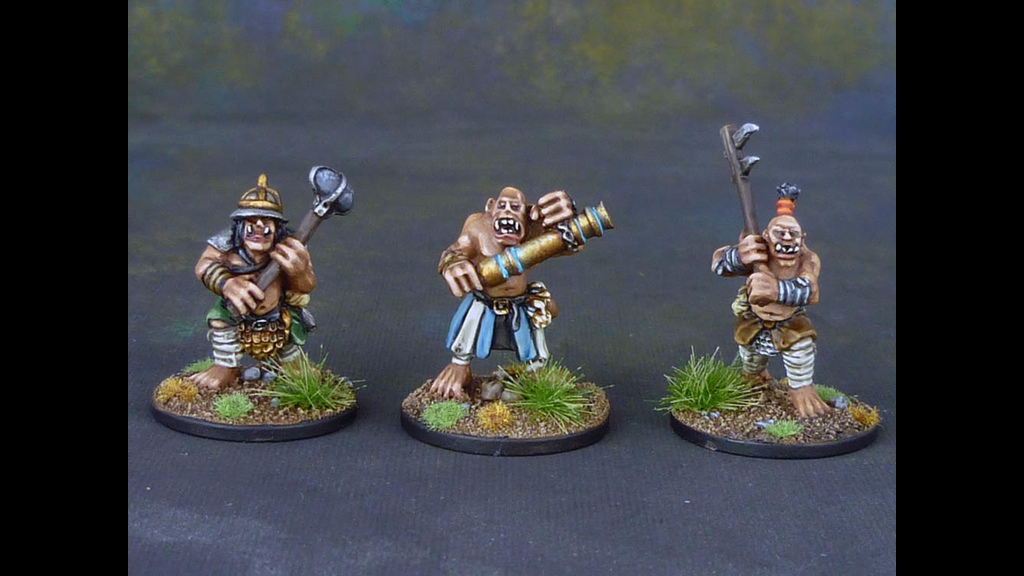 I follow the wargaming miniature world pretty closely for Geeks of the North, as I’m the one doing the research for our News shows. With all that info already collected, I decided to do a bit more and present here once in a while a kickstarter project that caught my eye.  This week, I offer you: 10mm Fantasy Ogre Miniatures from Black Gate Miniatures.